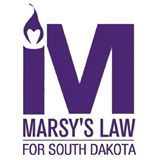 The Mike Moore Show on Dakota Country 1210 KOKK airs on the final Saturday of each month at 11 AM. This month Mike and Zach talk with Jason Glodt, State Director for Marsy’s Law for South Dakota, proponents of Amendment “S” which would enact stronger constitutional rights for crime victims.

As always if you have questions, comments or show idea, please contact The Mike Moore show at news@kokk.com, private messages to the Performance Radio News page or Beadle County States Attorney on Facebook, Twitter at the following handles; @prnewshuron, @zachnelsonradio or @NDAAprez or through the Beadle County States Attorney website at www.bcsa.us