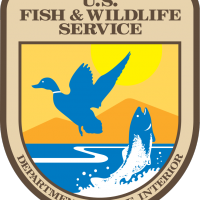 The U.S. Fish and Wildlife Service is investigating the death of a bald eagle, which was shot near the town of Athol in Spink County sometime before March 28th.

Bald eagles are protected by state and federal law, including the Migratory Bird Treaty Act and the Bald and Golden Eagle Protection Act. The shooting of any eagle is considered a violation of those acts.

Persons with information about this incident are encouraged to contact Special Agent Ken Dulik at 605-885-6403  or District Conservation Officer Tim McCurdy at 605-380-4572. Callers do not have to identify themselves, and a reward may be available for information leading to a conviction.

Approximately 50,000 bald eagle pairs occupied the lower 48 states in pre-colonial times, but that number was reduced to 400 pairs by the 1960s. Biologists blamed a loss of habitat, shooting, trapping and the heavy use of pesticides such as DDT. After DDT was outlawed, bald eagles began making a comeback in the late 1980s and in June of 2007, it was removed from the federal list of endangered and threatened species.