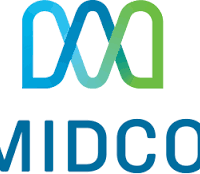 Midco says it does not reveal or sell their customers identities or other personal information from when they are online.

Director of Governmental Affairs for Midco Dan Nelson says that last week’s vote by Congress on FCC regulations has been taken out of context.

Nelson explains that the Republican-controlled Congress essentially voted to send back to the drawing board Obama-era regulations that had never taken effect, anyway. He says the biggest thing is that Midco wants to be treated like every other company that has access to online data, such as Google or Facebook.

If Google is allowed to sell your browsing history, then Midco and other Internet Service Providers should also be able to do it.

President Trump this week was expected to sign the congressional resolution directing the FCC to re-write how online data is handled by Midco and other private companies.

Midco, headquartered in Sioux Falls, is a regional provider of cable television, Internet and telephone services to 200 communities in South Dakota, North Dakota, and parts of Minnesota and Wisconsin.