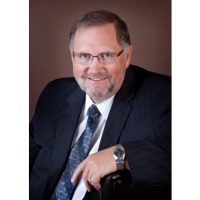 The Regulation of Non–Meandered Waters Interim Study Committee will be gathering for their second in a series of meetings at Northern State University in Aberdeen this week.  The interim committee was formed after a South Dakota Supreme Court ruling said the legislature has to make a final determination if recreation is considered a beneficial use of the water in non-meandered lakes. The decision forced the South Dakota Game, Fish and Parks Department to remove the docks and close the boat ramps at numerous lakes across northern South Dakota until the legislature acts.  Among the interim committee members is Representative Hugh Bartels of Watertown who says this week’s two-day meeting will be dedicated to public comment. Some of his takeaway from the first meeting was the big variance in real estate tax taxes that different counties collect from affected landowners

He says calling a special session will be highly dependent on whether a workable concept can be found that’s agreeable to the committee. Bartels says it’s a controversial topic with numerous side bar issues that makes it very difficult to resolve

The Tuesday and Wednesday meeting is open to the public and will be held at the Johnson Fine Arts Center beginning 9 a.m.  As part of the meeting the legislative group will be taking a tour of the meandered and non-meandered lakes.