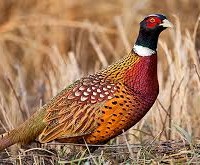 While the summer road survey shows pheasant numbers down, hunters should still have a good chance at success this fall.

The South Dakota Game, Fish & Parks Department Board got an update Friday on the brood count released last month that showed a forty five percent drop in birds in the roadside survey.

Runia says the traditional hunting areas have the majority of birds

Runia also pointed to a big drop in CRP acres, which is prime nesting for pheasants.