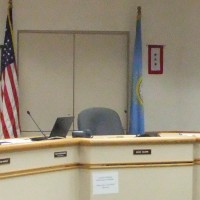 The six lots are south of the south parking lot of Coborn’s.

Jim Borszich, executive director of GHDC says there are parties who are interested in the lots.

The land where dirt has begun is the future location of the new Dakotaland Federal Credit Union building. The Ground Round Restaurant will be located north of that building.

Also last night, commissioners awarded the bid for the new public works building in the West Industrial Park to Kyburz-Carlson Construction Co. in the amount of $5,144,120. The Aberdeen company submitted the low bid. The building will house the street, traffic and water departments.