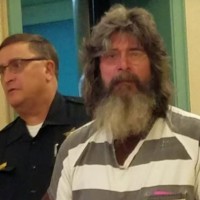 After less than two hours of deliberation a jury has found Kevin Krueger of Cavour guilty of first-degree murder in the beating death of 49 year old Keith Houck of rural Beadle County in May of 2016. The trial began Tuesday in Beadle County Court with the jury hearing closing arguments this morning.

Moore says the state’s case came down to five facts…

Moore called six witnesses in the case. The defense questioned why the state didn’t seek testimony from any non-governmental witnesses including Jose Vega, the man currently serving a 50 year sentence after pleading guilty last year to first-degree manslaughter for his role in the crime. Moore says he didn’t feel he needed Vega’s testimony to make his case.

Krueger will be sentenced January 19th. He faces a mandatory sentence of life without parole.