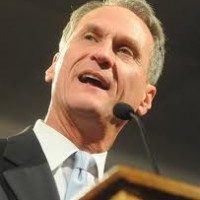 South Dakota sales tax revenues have been on a hilly course so far in 2018. Up in January and February, but below projections in March, and as Governor Dennis Daugaard says, better last month.

Daugaard says expenses should come in under the projections.

Daugaard says he is sure there will be a surplus at the end of the budget year on June thirtieth.

Sales taxes are up four and a half percent for the year. The legislature had projected a growth rate of four point two percent.