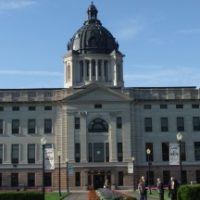 The South Dakota House has approved a bill that would allow people to carry concealed guns without a permit.

During the debate, Representative Erin Healy of Sioux Falls said she was concerned about safety.

Representative Tim Goodwin of Rapid City said it was an easy vote.

SB47 passed on a vote of forty-seven to twenty-three and will be sent to the Governor for her consideration.