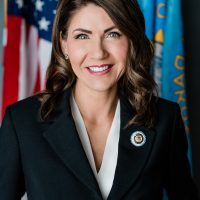 The State of South Dakota is inching closer to an agreement regarding the Keystone XL pipeline in western South Dakota.

Gov. Kristi Noem confirmed that she has met with officials from TransCanada.  Noem says the discussions were ‘frank.’

The multi-billion dollar Keystone XL pipeline will connect Canadian oil fields with production facilities in the Gulf of Mexico and span western South Dakota from north to south.

But it’s not without controversy, and lots of it.  Protests in Morton County, North Dakota cost taxpayers upwards of $34 million, a scenario South Dakota officials want to avoid.

The agreements between the state and TransCanada map out response plans, details who pays for what, and how operations can and cannot be conducted.

A spokesperson for TransCanada confirmed the meeting.

In a written response, TransCanada says, “We had the pleasure of sitting down with Governor Noem recently to discuss the Keystone XL project and what it means for South Dakota.  A variety of topics were discussed and we look forward to continuing this open dialog as we move forward with this project.”