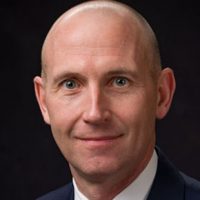 In 2007, Fulton became Gov. Rounds’ chief of staff. In that capacity, he oversaw the day-to-day operations of state government, managed legislative and budgetary proposals for the Office of the Governor, drafted legislation on many issues and worked with public and private organizations across the state.

In 2010, Fulton was chosen by the Eighth Circuit Court of Appeals as federal public defender for North Dakota and South Dakota. In this role, he oversaw a staff of 45 lawyers, investigators and support staff in five offices across both states. He has served on the Defender Sentencing Guideline Committee, the Performance Measurement Working Group and was co-chair of the Defender Legislative Committee. He has testified before the United States Sentencing Commission about tribal sentencing issues, violent offenses and child pornography; and has served on the Sentencing Commission’s ad hoc and standing Tribal Issues Advisory Group. Fulton’s appellate advocacy experience includes arguing almost 40 cases before the Eighth Circuit and more than 10 before the South Dakota Supreme Court.

“Neil brings an exceptional set of skills and experience to USD and we are incredibly excited to have him join us as our next leader of the law school,” said USD President Sheila K. Gestring. “Since the moment he stepped on campus for his interview, there has been tremendous energy throughout the law school. The passion from our students has been outstanding and is an excellent indicator of how promising our future looks for the USD School of Law.”

Fulton was one of three finalists who interviewed on campus in February. The national search was led by a committee chaired by Dr. Mary Nettleman, dean of the USD Sanford School of Medicine.