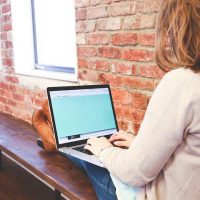 South Dakota is threatened by a growing urban-rural digital divide, endangering residents’ quality of life and economic development efforts unless significant investments are made in advanced mobile technology, a new study suggests.

Researchers from the University of South Dakota and Virginia’s Old Dominion University interviewed and surveyed rural South Dakota residents last fall to determine their perceptions of coverage, capacity and speed of Internet access.

While South Dakota’s economy has outpaced national economic growth over the last two decades, Bob McNab, an economist and director of Old Dominion’s Center for Economic Analysis and Policy and the study’s lead author, says many participants indicated their rural networks have insufficient coverage, capacity and speed for basic health and safety, let alone quality of life.

“The most intriguing finding was, if you look at mobile coverage maps, providers would say the entire state is covered,” McNab noted. “But what we found was the facts on the ground are dramatically different for rural consumers compared with urban consumers.”

Expanding broadband access in the state is a priority of Gov. Kristi Noem. On her “Priorities Tour” in late February, Noem said she is committed to bringing high-speed internet to every corner of the state, enabling advances and increased employment in industries such as bio-tech, cybersecurity and technology.

It is also a focus nationally. The U.S. Department of Agriculture has set up a $600 million grant and loan program to internet service providers to encourage them to provide service to rural areas and other spots where service can be expensive. And this week, U.S. Sen. John Thune, chairman of the Senate Communications Subcommittee, held a hearing on “The Impact of Broadband Investments in Rural America,” examining the FCC’s efforts and other opportunities to make broadband more easily available in rural areas.

Making do with service lapses

David Earnest, chair of USD’s Department of Political Science and director of the W.O. Farber Center for Civic Leadership, said researchers surveyed more than 100 USD students, civic leaders and other individuals for the study, which was funded through a grant from telecommunications company T-Mobile.

The study found clear issues with Internet reliability in many areas of South Dakota, Earnest said. Respondents expressed concerns about overall coverage, particularly when they encountered something as simple as their car breaking down.

“But we also found the typical South Dakota attitude of we’ll make do,” he said. “It was almost as if people didn’t think this was an issue that demanded attention even as they expressed concern over reliability and coverage.”

For many rural South Dakotans who often travel long distances for essential services, including health care, education and groceries, Earnest said there was an overwhelming sense that there is little they could do to improve their Internet services.

“There are many parts of our public life where we say there is nothing we can do about it,” the professor said. “But, of course, there are things we can do and we seriously need to consider the consequences of inaction. Today we think of broadband as a free-market product, but the disadvantage is high-cost delivery areas suffer.”

Earnest pointed to one anecdote from a West River student taking USD classes online. In order for the student to get a reliable Internet signal, she was forced to leave her house, drive up a rural road to the top of a 100-foot-tall butte, where she would sit in a tent, connect to the Internet, and complete her coursework.

“People in South Dakota just take that for granted as part of their existence, but it really doesn’t have to be that way and that’s why we are starting this conversation,” Earnest said. “We believed in data-informed decision-making. This study was the first step.”

According to the study, South Dakota ranked 34th in the nation in residents with access to broadband coverage, defined as a minimum of 25 megabytes per second download and 3 Mbps (Megabits per second) upload speed. Meanwhile, North Dakota ranked 17th; Iowa ranked 35th; Nebraska ranked 40th; and New Jersey, where Old Dominion University is located, stood at first in the U.S.

But data collected for the study indicated that broadband coverage throughout South Dakota is spotty, at best. For instance, 100 percent of Harding County residents have access to 25/3 Mbps service, while none of the residents of Dewey County could make the same claim. By comparison, 94.4 percent of the residents of New Jersey’s Cumberland County, the county with the lowest broadband coverage in the state, could access the same level of Internet services.

Although the study confirmed suspicions of a growing urban-rural digital divide, both professors said it did not delve into solutions to the issue.

“We haven’t systematically explored complex solutions,” Earnest said. “That will be the next step. This is really a shared problem between the federal government and state and local governments.

Noem said she budgeted $5 million to leverage with federal funds to incentivize Internet companies to invest in improving Internet access and reliability throughout South Dakota.

“Frankly, if we don’t have high-speed Internet access everywhere in South Dakota, we can’t be successful,” the governor said recently in Rapid City.

In a column published in the Argus Leader in January, Noem said that she would involve the state’s rural telecommunications companies and wireless service providers in finding ways to increase their service levels.

“What’s more, I want to bring in companies with emerging technologies in the fixed wireless arena, such as Microsoft’s Airband initiative, that may offer more

cost-efficient ways to provide fast, reliable service to our most difficult to serve locations.  And I see a role for companies ready to invest in new 5G technology, which promises faster, more reliable service over cellular data networks,” Noem wrote.

According to McNab and Earnest, the Federal Communications Commission is planning to spend more than $6 billion over the next decade and ease regulatory requirements to close the digital divide.

The study by USD and ODU researchers attempted to focus on one largely rural state and add the voices of residents to the ongoing analysis on the coverage, capacity and speed of mobile networks.

The study noted that investments in mobile networks are necessary to sustain economic growth and improve the quality of life of rural residents.

“If South Dakota wishes to broaden its economic base and participate in the scientific and engineering developments that propel many other states, it must consciously promote investments in technology,” McNab said. Those investments will be critical to allowing rural residents to compete with their urban counterparts and stem out-migration from the most remote regions of the country, he said.

The consequences of that urban-rural digital divide are evident in the fact that South Dakota’s two largest communities are growing in population, while rural counties continue to lose residents, he said.

“South Dakota as a whole is attracting people, with net migration applied to Sioux Falls and to a lesser extent, Rapid City,” McNab said. “But rural counties continue to lose population.”

While most rural residents “make do” with the Internet connections they have, others participating in the study questioned why the state’s Internet service lags behind their urban counterparts.

As one respondent told researchers, “If the Taliban can upload videos in Afghanistan, how can I not get Netflix to play in America? It is 2018, and we are smart people. We should be able to watch a movie without it buffering.”

—–Tom Griffith of Deadwood is a contributing reporter for South Dakota News Watch. A fourth-generation South Dakotan, he has been a journalist, editor and photographer in Arizona, Montana and South Dakota. He also has written or co-authored more than 70 books and his travel features have appeared in more than 250 magazines and newspapers worldwide.