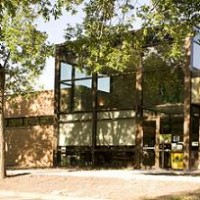 The week of April 7-13, the Huron Public Library joins libraries of all types in celebrating the many ways libraries build strong communities by providing critical resources, programs and expertise. The library is also celebrating 112 years of service to the citizens of Huron and Beadle County by hosting an open house on Thursday, April 11, 5 pm to 7 pm.

In 1907, the public voted to establish a city library, funded by the City of Huron. The issue passed by a very slim margin—368 votes in favor and 366 votes against. The Library was established by two votes! In 1908, the City Commission accepted the Andrew Carnegie offer of $10,000 to build a free library building for the City of Huron. This building opened to the public September 3, 1909, and served the city until 1965. The building was razed in the fall of 1965 to make way for the new library. In 2008 the Library had an expansion and remodeling project which was dedicated August 20, 2009. The library has been at the same location, 500 Dakota Ave South, for 110 years.

Huron Public Library is celebrating National Library Week by hosting an open house celebrating 112 years of service to the community. Refreshments will be served. There will be a drawing for $500 (5 – $100’s) in Huron Bucks. You must be present to win; drawing to be held at 7:00 pm. HPL staff, Board Members, and immediate family are not eligible for the drawing.
The entire month of April is fine free month. Patrons can return overdue materials and not be charged a fine; or they may request their fines be forgiven. The Friends of the Library bookstore will be open for sales.

For more stop by the Huron Public Library or phone 353-8530. Or, visit our webpage library.huronsd.com, or find us on Facebook, Instagram and Snapchat.