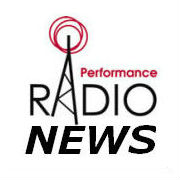 A Mitchell family owned-business is making some changes as it approaches its 50th anniversary. Terry Sabers says Muth Electric is changing some titles and a little restructuring….

Sabers plans to retire in December after 45 years with the company.

Paul Mayer has been promoted to Vice President of Operations after serving as Muth Electric’s Division manager in Rapid City for the past four years.

Muth Electric will celebrate its 50th anniversary in 2020.