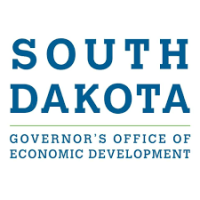 The Governor’s Office of Economic Development has announced that Huron and Volga have been selected as “Community of the Year”.

“The Huron Regional Medical Center’s (HRMC) pre-apprenticeship program, which was approved by the South Dakota Department of Labor, connects area students with the healthcare industry through a job shadowing program. This program connects minority and English as a Second Language (ESL) students to careers in the healthcare industry,” Governor Kristi Noem said. “Additionally, the South Dakota State Fair increased its attendance by more than 2.5 percent. For these reasons and more, Huron is a leader in developing a bright future.”

In applying for the award, Greater Huron Development Corporation highlighted a number of public and private projects:

GOED also announced that Chuck Turbiville, of Deadwood, South Dakota, will be honored posthumously with this year’s Excellence in Economic Development Award. The Excellence in Economic Development Award honors the dedication and commitment of eight South Dakotans, including Gov. George S. Mickelson, who lost their lives when returning home from an economic development event in 1993. Turbiville passed away in October 2018.

The awards were scheduled to be presented at the GOED’s annual conference in Sioux Falls on April 11. Due to inclement weather conditions, the conference was canceled.