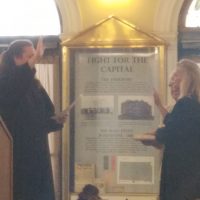 An Investiture ceremony appointing DeVaney as the 52nd Justice of South Dakota’s High Court was held Thursday in the State Capitol Rotunda in Pierre. DeVaney is the first Justice Governor Kristi Noem has appointed to the state’s Supreme Court.

The Polo native is filling the spot held by former Justice Steven Zinter after he passed way unexpectedly last October.

Swearing DeVaney in was fellow Justice Janine Kern, who DeVaney says swore her in as a circuit judge seven years ago while forging her own career and being a mentor to DeVaney.