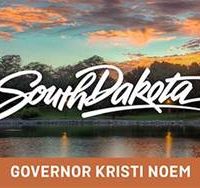 Governor Kristi Noem today named Paul Casper of Lake Preston as the 2019 Governor’s Ag Ambassador Award recipient. He will be recognized at the annual Governor’s Agricultural Summit in Sioux Falls on July 11.

“Paul Casper embodies hard work, honesty, and humility,” said Governor Noem. “Paul’s visionary leadership has increased processing opportunities for farmers and communities across South Dakota. He is one of our state’s strongest agricultural ambassadors, and I’m proud to recognize him with this well-deserved award.”

“Paul has worked diligently and optimistically to advance agriculture in our state,” said Secretary of Agriculture Kim Vanneman. “He has dedicated much of his life to finding solutions that will improve life for South Dakota’s producers, as well as others across our state, nation, and world.”

To learn more about the Ag Ambassador Award visit bit.ly/1jyOPZS. To register for the Governor’s Agricultural Summit, go to sdagsummit.com.