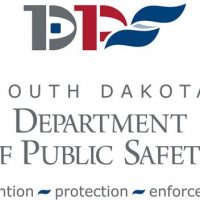 Illegal parking of boat trailers in the right of way at two South Dakota lakes has forced state officials to establish no parking zones in those areas.

The South Dakota Departments of Public Safety and Transportation have issued a temporary no parking zone between mile markers 130.6 and 130.9 at Lake Albert north of Arlington on U.S. Highway 81. At the same time, officials remind the public that state statute prohibits parking along U.S. Highway 12 in Day County, including near Rush Lake east of Webster.

There have been recent complaints of boat trailers and other vehicles being parked on the shoulders of the highways and in the ditches at those two lakes.  South Dakota Highway Patrol Major Rick Miller said it is a safety issue.

“With the boat trailers parked on highways and in the ditches, that has resulted in limited visibility for drivers,” he said. “That could lead to potentially dangerous situations for vehicles or pedestrian traffic in those areas.”

Parking signs will be installed at both lakes. Miller said those who park illegally on highways could be ticketed. The fine is $95.

The temporary no parking zone at Lake Albert is in effective until further notice.