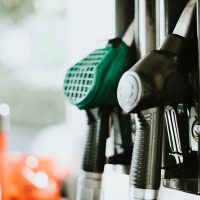 According to AAA, the national gas price average of $2.64 represents a seven-cent drop on the week. It’s 13-cents less than a month ago and 21-cents cheaper than a year ago.

In South Dakota, the average price is $2.67– down a penny from last week, down four cents from last month and 22 cents cheaper than a year ago.

AAA spokesperson Marilyn Buskohl says on the week, nearly half of all states saw gas price averages decrease by at least a nickel. She says while gasoline demand increased week-over-week, it wasn’t enough to stay on pace with the huge jump in gasoline stocks. Therefore, pump prices continue to decline across the country.