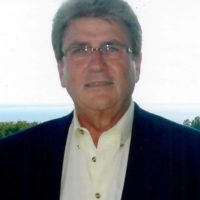 “I am grateful for being selected to run on the Republican ticket for District 22 House of Representatives,” said Schneider. “My brother-in-law Bob Glanzer was a longtime friend and mentor to me in many ways. I feel this is a special way for me to honor his legacy and to recognize the confidence that District 22 voters had in Bob’s service in the House of Representatives.”

He and his wife, Gloria (Glanzer), are lifelong residents of Beadle County and have been married for 51 years. He graduated 8th grade from a one room country school in Grant Township, and graduated from Huron High School in 1965 and from Huron College in 1969.

After his marriage he was drafted and inducted into the U.S. Army, serving in 1970 and 1971. As a Vietnam Era Veteran he achieved the rank of E-5 and received an Honorable Discharge

Schneider’s banking and ag business career was spent in Huron, except for the first two years in Mitchell. After a 46-year career he retired in 2017. During that time he led F&M Marquette Bank for 14 years and then American Bank & Trust for 15 years as CEO, during which he was responsible for 130 employees, acquiring four banks and directing a branch start up in Sioux Falls.

His community volunteer service includes two terms as a member of the Huron School Board and nine years on the James Valley Christian School Board. He also chaired the boards of Huron Regional Medical Center when the new hospital was built in 1994, the Griffith Foundation, and Greater Huron Development Corporation during the successful recruitment of the Trussbilt company to Huron in 1989. He served on the Board of Trustees of Huron College and the South Dakota State University Foundation. From 2006 to 2012 he served as an advisory board member to the Huron Housing & Redevelopment Commission, during which time he assisted with financial counsel in their construction of the 40-unit Lampe Apartment complex in north Huron.

His regional and national service experience includes serving as a director of the Federal Home Loan Bank of Des Moines covering North and South Dakota, Minnesota, Iowa and Missouri. In the 1990s he served as President of the South Dakota Bankers Association. He is also a director and past chair of the Mennonite Brethren Foundation.

“I have been privileged to serve with these and numerous other local Huron area organizations including Huron Area United Way, Lions Club, Bethesda Church, AWANA Clubs, and the Huron Chamber Ag Committee,” Schneider said. “Working and serving to help my hometown community has been a lifelong part of who I am. Now seems like a good time to offer my leadership experience for service to the District 22 residents in the State House of Representatives.”

The general election is scheduled for November 3.