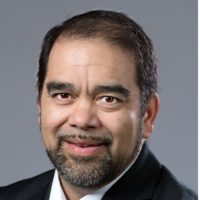 The Huron Regional Medical Center (HRMC) board of directors is pleased to announce the selection of Erick Larson as new president and chief executive officer (CEO), according to Laurie Solem, board chair for HRMC.

Larson, who began his new role on August 6, replaces David Dick who retired after six years serving as CEO at HRMC. At the beginning of this year, Dick began discussions with the HRMC board of directors and Quorum Health Resources about his desire to retire and develop a succession plan.

“Together with Quorum, we as a board interviewed Erick who joined our HRMC team in January as Chief Information Officer,” explained Solem. “His experiences, knowledge, and leadership ability position Erick well to assume the president and CEO position for HRMC.”

Larson has been working alongside Dick for the last several months as part of the succession plan until his promotion to the president/CEO position.

Prior to joining the HRMC team in January, Larson served as CIO at South East Alaska Regional Health Consortium, a system of three critical access hospitals, 22 clinics and two long-term care facilities, in Juneau, Alaska. Prior to living in Alaska, he spent 23 years in Oregon where he worked as vice president, CIO and information security officer for Health Care for the Mid-Columbia Region.

Throughout his 20 plus year health care career, Larson has demonstrated strong leadership in a multi-hospital system including critical access hospitals and clinics.  He has extensive experience with strategic planning and execution, IT strategy and business analytics/decision support.

Larson earned a Master of Business Administration degree in healthcare administration through Western Governors University in Salt Lake City, Utah. His undergraduate degree, a Bachelor of Science in business administration, was completed at Lewis-Clark State College in Lewiston, Idaho.

“I’m excited for this next phase of my leadership journey and to take on the challenge of leading HRMC to continue delivering quality health services to the region,” said Larson. “I am impressed with the dedication of exceptional clinicians, staff and auxiliary members; the commitment of our board of directors; and the unwavering support of our community.  I am distinctly privileged and honored to be the leader of Huron Regional Medical Center where ‘together’ makes the difference.”

Larson and his wife, Nicola, live in Huron and have two grown children. In his spare time, Larson enjoys being in the outdoors with his dog Nala, being physically active and a good book.