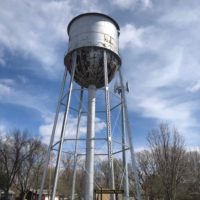 The remaining water tower in Huron built in the 20th century will soon be removed.  The Wyoming tower at the corner of 6th and Wyoming sw in Huron was first put in use in 1928.  It was discontinued for use as a water storage component in 2015.  Until recently the tower was used for to place a variety of antenna well above ground.  Water towers have been used as eye catching landmarks for cities worldwide bringing back memories of unique water storage structures for generations.  Wyoming water tower like many of the towers in Hurons past were built totally for the function of water storage and increasing water pressure in the service lines.  The tower water capacity was 300,000 gallons.

Runge said the timeline for demolition of the water tower is not set.

The site also known as Bob Bushman park will have improvements in the neighborhood park when the removal is complete as we hear from Parks and Recreation Director La Ron Klock.

Iseler Demolishion removal of the Wyoming Avenue water tower could take place yet in April.  The site also known as Bob Bushman park and will have improvements as a neighborhood after the removal work is complete.  Bob Bushman lived close to the park and took care of it on his own time.  Bob Bushman was an annual contributor to the Huron Little League program, known to contribute to the program each year.  The park was named for Bob Bushman earlier this year. 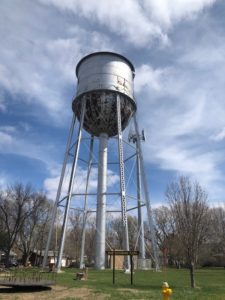