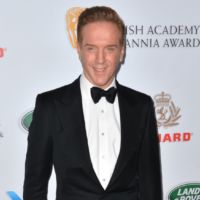 Damian Lewis will exit Showtime’s drama Billions after five seasons. Lewis tweeted  Monday: “Thank you @SHO_Billions thank you @briankoppelman @DavidLevien. A pleasure and a privilege to play Axe for 5 seasons with some of the smartest, funniest most talented cast and crew I’ve worked with. I’ll miss the Billions family. Yep, some jobs are more than just a job…. Love,”

Showtime said Season 6 of Billions is scheduled to debut in January. The cable television network tweeted:  “Chuck Rhoades and Mike Prince can’t wait to sink their teeth into each other, and we won’t keep you waiting long either.”  The post included a minute-long trailer showing U.S. Attorney General Chuck Rhoades (Paul Giamatti) vowing to continue his war against the “criminally rich.”