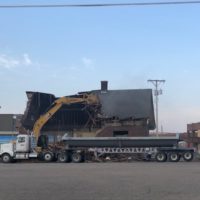 Huron citizens were surprised this past Wednesday as removal of a landmark from nearly 150 years ago took place in the former Iverson owned lot at Market and Dakota.  The lot was purchased to construct a 10640 Square foot Dollar General store.  Although the addition of the Tennessee based variety store will be a great addition to the Huron business district, some are asking at what cost.  Huron city commissioner Drew Weinreis meets with the Historical preservation committee and said that they had discussed the depot’s future.

An option of moving the depot had been looked into but it was determined that the Great Northern depot first used in the late 1880’s might not do well in a move.

Weinreis said the needed space for the new Dollar General prevented the possible acquisition of the depot to keep it  on site.

Construction of the Dollar General soon to be underway at the Market and Dakota location. 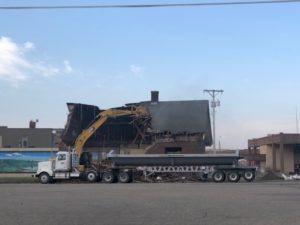 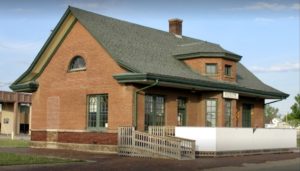