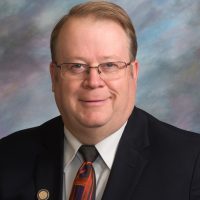 The state of South Dakota has seen very strong sales tax growth over the last couple years but forecasts indicate that could slow over the next year.  Jeff Mehlhaff is chief fiscal analyst with the legislative research council he appeared before the joint committee on appropriations last week.

Mehlhaff says he still expects some sales tax growth through 2024 due to consumer demand and inflation.  District 22 representative Roger Chase said the timing may be right for a cautious approach.

Late in this past years legislative session a bill originally filed to pull back fees on businesses was later amended to attempt to remove the sales tax on food in South Dakota.  The state is one of only three states that taxes groceries.  A bill to remove that tax was brought by Senator Reynold Nesiba of Sioux Falls it died earlier in the session.  Chase said that was one of many attempts to reduce sales tax revenue.

The amended SD117 was voted by the house 47-22 to pass the measure and look into eliminating sales tax on food.  The senate then voted 22-9 to not concur on the changes to that bill.  Chase said that’s important to give the legislature time to look at sales tax revenue in the next legislative session.