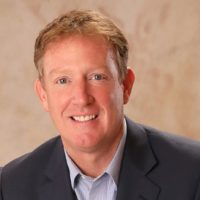 “My experience as an elected State’s Attorney making decisions daily that impact
individual liberties and rights has uniquely prepared me to be a Judge,” said Moore. “In
making decisions, I work hard to ensure they are fair and consistent. I consider all the
facts, the interests of society, and an individual’s constitutional rights. As a prosecutor, I
have an ethical obligation to see that justice is served. I strive to do this in every part of
my practice.”

Circuit Judges are elected every eight years. The State of South Dakota has 7 Judicial
Circuits. Moore is running for Judge in the Third Judicial Circuit, which includes 14
counties: Hand, Jerauld, Beadle, Sanborn, Clark, Kingsbury, Minor, Grant, Codington,
Deuel, Hamlin, Brookings, Lake, and Moody. The Third Circuit has 6 Circuit Court Judges
and 2 Magistrate Judges. The Circuit Judges are each designated a position A – F.
Moore is running for position E.

“I have dedicated my life to public service. I am honored to have served the people of
Beadle County since 1994. Every day I am grateful for the responsibility the people have
given me, and I work hard to meet their expectations,” said Moore.

“Based on my experience, I have gained valuable respect for the law, specifically the rule
of law,” said Moore.

In 2014 Moore was elected President of the National District Attorney’s Association, an
organization with nationwide membership representing over 2500 elected and 40,000
active prosecutors. Moore was the first ever President of NDAA from the State of South
Dakota. Moore is also an active member of the American Bar Association, where he was
elected to serve on the Criminal Justice Section Council.

According to Moore, “People who know me professionally know that I am open, honest,
and transparent. I have always been open and willing to discuss my reasoning with the
parties involved in the case. I work for the people of South Dakota, and I am accountable
to each one of them.”

Due to Moore’s extensive prosecutorial experience, he has presented at numerous
training events in both South Dakota and nationally.

“I am excited about this opportunity to continue to serve the people of South Dakota as a
Circuit Court Judge,” said Moore. “I invite you to review my background and
qualifications that have prepared me to serve our state as Judge. I would appreciate
your vote on November 8, 2022.”